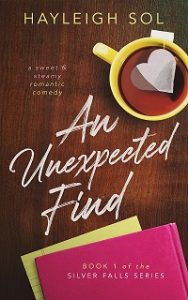 A chance discovery of a handwritten love scene leads to friendship and undeniable attraction for two people who’ve sworn off relationships.

Will they continue to play it safe or will they risk another heartbreak for a chance at a love that might be worth it?

Mike’s always been the nice guy. The feelings he suddenly has for his best friend, Mel, are anything but nice.

Melanie’s only looking for a casual fling. Her BFF is making it hard to remember casual is all she wants.

Are Melanie and Mike willing to risk their friendship for a hot fling? Is it harmless flirtation or is it the start of something more? 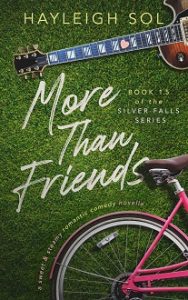 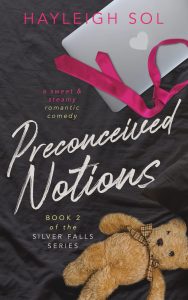 Rachel needs a partner she can trust to raise a child with. Scott doesn’t trust a woman with kids on the brain.

At 36, Rachel’s achieved her career goals and is now focused on two things: adopting a child and finding a partner to raise that child with. Since love and marriage haven’t happened for her after all these years of dating, it’s time for a different approach.

People—ahem, Scott—may judge her for it, but she refuses to let that stop her from looking for a decent guy who’s ready to be a father. Hooking up with a player like Scott is a complication she doesn’t have time for.

Except…she can’t seem to stay away from him and the steamy connection they have. Or that damn dimple when he smiles.

Scott knows first-hand that a woman intent on having kids will do anything to achieve her goal. Even at the expense of a marriage. Since his divorce, he’s been single. A serial dater with no interest in anything serious.

Until he can’t stop thinking about the feisty attorney who challenges him in ways no other woman has. He’s turning on the charm, but Rachel seems to be immune.

Except for that one hot night…and that other one…

A young summertime romance that ended too soon. An unexpected reunion years later where it all began.

Maya’s Vacation To Do List:
-De-stress!!!
-Decide what’s next for my company
-Find my inner fire (wherever the hell it went)

Stressed out, overworked, and dealing with some…slightly embarrassing gastrointestinal issues, I reluctantly agree to take the vacation my family and friends insist I need. I’ll relax, recharge, and make some plans for the future of my company.

When the boy who charmed me at seventeen ends up at the same lakeside campground, grown-up Luka is just as charming now as he was then. Not that I have time for his swoon-worthy grins or that edible six-pack he keeps flashing when his shirt’s off. And his shirt is off. A lot.

Now? My old flame may be exactly what I need to kindle my inner spark again. One thing’s for sure – he can light my campfire anytime. 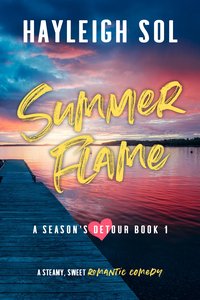